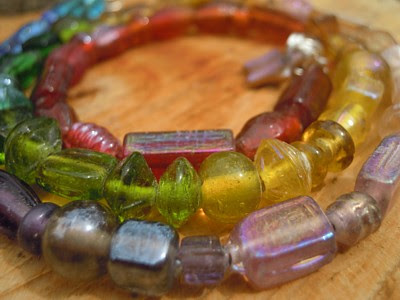 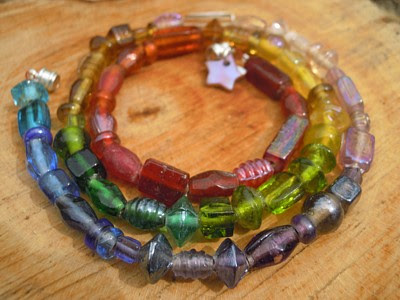 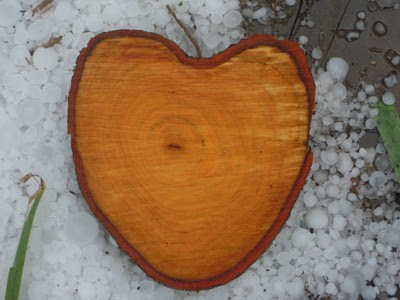 Last Monday afternoon we had a huge hail storm in the upper Blue Mountains. It was a freak storm that even made the news. We had a channel 7 TV news crew interviewing one the neighbours 5 doors down from our house, and the TV network helicopters flying around over the house and the surrounding streets which Lou thought was amazing (he loves helicopters). It was a was a crazy afternoon. The storm only went for a short time but it was really frightening, watching out the window as the hail stones grew bigger and bigger. I have never experienced anything like it. The sound on the tin roof was deafening as the hail stones grew to ping pong ball size. Lou and I stayed in the middle of the house as I was worried about smashing windows. Our car-port roof had hail damage - the hail went straight through it. And my car ...... it's got hail stone damage all over it :(

Lou was very brave. We just held each other, hoping for the storm to pass with out any broken windows. 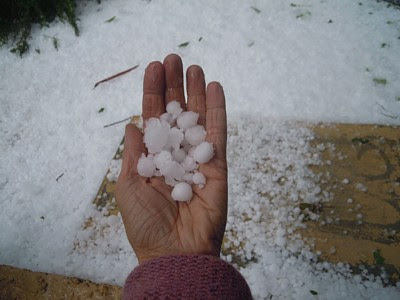 Here are some of the sizes of the hail stones, and over an inch deep of hail stones near my front door. 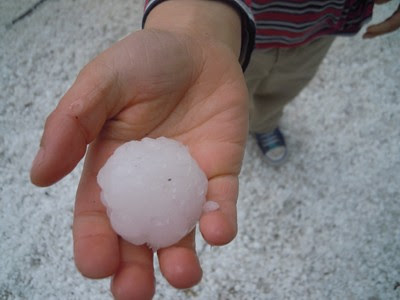 This one in Lou's hand was the size of a ping-pong ball. It had melted a bit while Lou was playing with it. 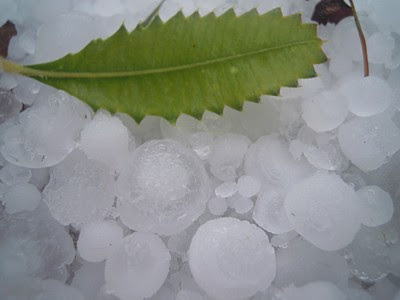 As soon as it was safe to go out side after the lightning and thunder had passed, we had a play in the ice. It's crazy, this is Summer! It was like we had a downpour of snow. Everything on the ground was white. Some parts of my garden were a couple of inches thick in hail stones. 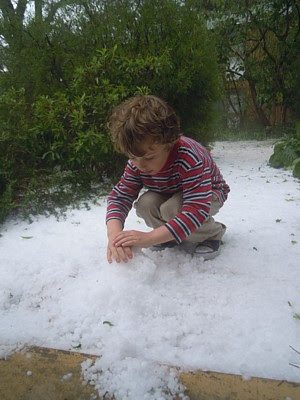 So Lou and I made an Ice-Man. It wasn't that easy - the hail stones were like marbles and kept falling down but we managed to get the ice-man this high. Wow, it was so cold on the fingers. But Lou loved it. He loves the cold (he can't handle the heat) so he was able to play with the hail stones longer than me. 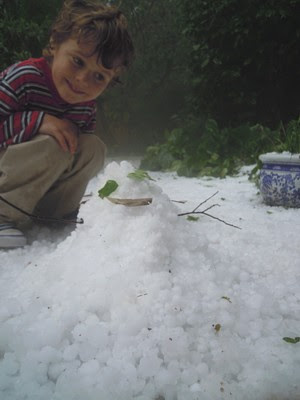 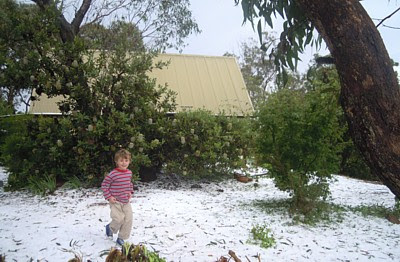 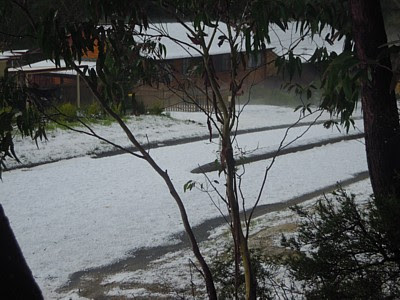 This was the street. It had melted a bit by the time I ventured out this far again with my camera. There was thunder and lighting still going on above me, so it wasn't safe to be outside. I am on top of a hill and lighting strikes the highest spot, so I waited for it to pass.

When I came out again I took these pictures. Some of the neighbours and I were out on the street shaking our heads in disbelief. We had all agreed that we have never experienced anything like it. We had our cameras out to take pictures to prove we weren't exaggerating about what had just happened. The lady across the road was devastated - it had just wiped out her veggie patch.

I looked back at my garden and saw the damage. I didn't notice it before because I had just been concentrating on Lou and playing with the hail stones. It kind of looked like snow and it did look beautiful. I didn't think to look at the damage it did my garden. It looked like it had been hit by a blunt whipper-snipper.

My herb garden, which was planted by the previous owner, was flattened :( (I'm sad about that). The smell of the herbs was really pungent and it looked like it had been hit by a mortar & pestle. The picture below is the garden near my front door. 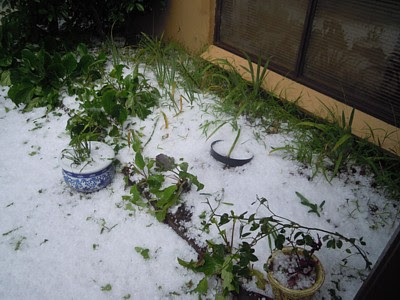 We have had such a wet cold Summer up here, and all this week we have had thunder storms. I'm still a bit nervous .... we had hail here today but it only went for a minute. I've been a bit sad about my garden all week, so it has taken me a while to post about what happened on Monday. 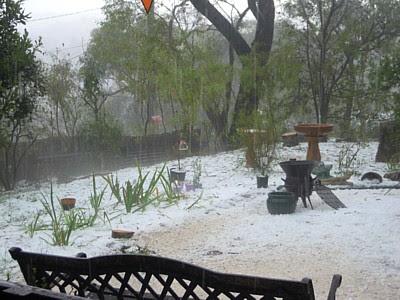 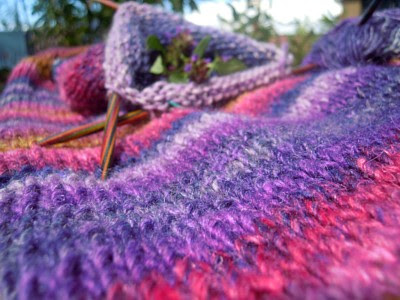 I have been working on this cardigan on and off over the last six months. I have been knitting it at friends places and even at the odd coffee shop outing. Slowly, I'm getting though it as my Ravelry list of favorites and queue list grow longer. My poor old fingers!...;) So much knitting. I would love to knit more but so little time. Meanwhile, my stash is quietly growing in my cupboard waiting for the right projects. 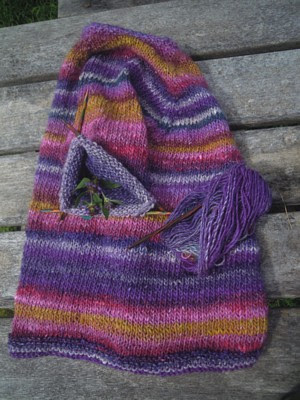 I just started one sleeve last night and worked on and off today, There is a few inches to go before I finish one sleeve. I did a bit more after I took this photo. 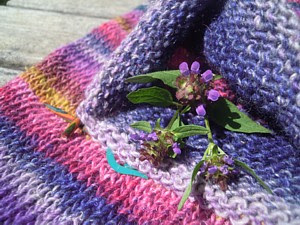 This pattern is a freebie off Ravelry written by Cosmicpluto Knits. It is called Top Down Raglan Cardigan and is really easy to knit. I like how I can knit it in the size that suits my frame, so the cardigan won't look like a sack on me when I'm finished.

The wool is Noro Silk Garden colour :-292. It has been in my stash for a while now. I'm glad that I am finally doing something with it. This Noro wool is a bit bright but I do love the colours. 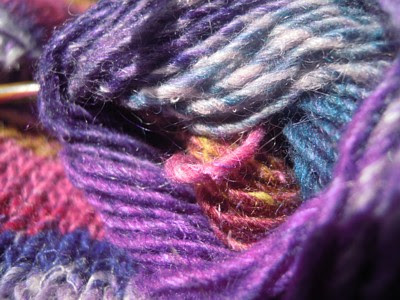 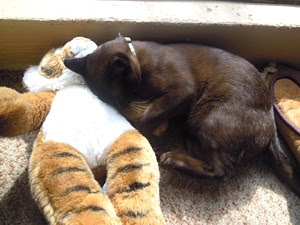 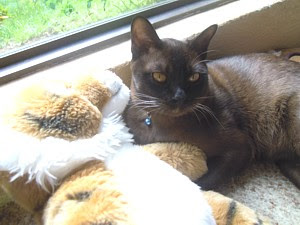 He just wanted to show you that he has been practicing some new Ninja moves for your next visit!......;) 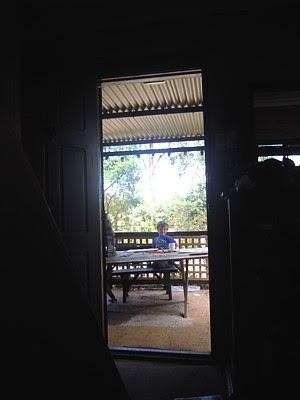 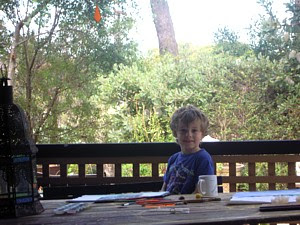 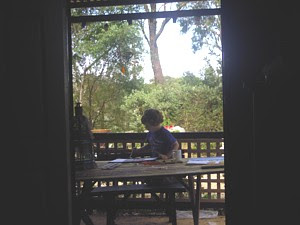