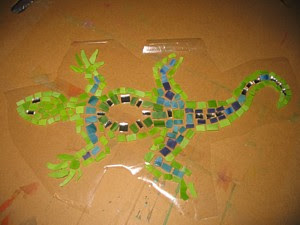 A few months ago I had been bitten by the creative bug (LOL) and after I'd been to one of the Steiner School open days, I quite liked how the school had mosaic spheres around the place in the gardens - some poking out of the bushes.
The battery in my camera died so I didn't get any pictures but it inspired me to do something outside of Katie's class room. I wanted to keep with the bush surrounding of the school. Outside of the classroom I would often see skinks (little lizards ) sunning themselves on the rocks, catching the morsels of the kids lunches that get dropped. I got approval from Katie's teacher, so I did a lizard sunning itsself on the rock. 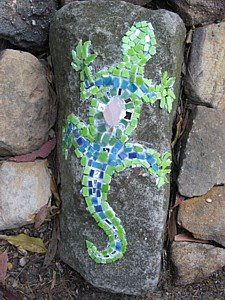 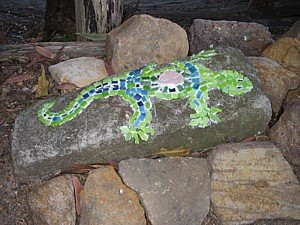 ....... and there it sat for nearly two months waiting to be grouted.

I was embarrassed. If it wasn't for wet weather, sick kids, sick inlaws and not having my driving licence, what should have taken maybe a few days became a bloody saga. 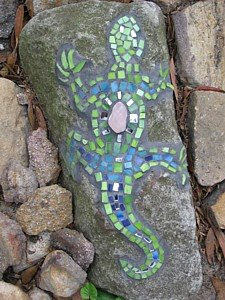 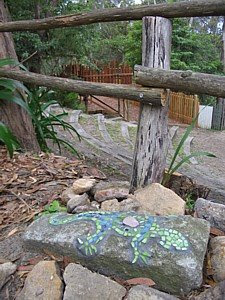 Yes, I finally got it grouted but I lost a few little tiles on the face and front leg. The right leg only has 3 claws which really annoys me every time I look at it. By the time I got up there to grout it, I forgot to bring up the spare tiles and glue. Also, I didn't have the petrol for a 40km round trip to go back and get it. It had to be done that day as we had the school fare the next weekend. I could only get it done on the weekends. It was too hard during the week as I need someone to watch the kids but it got done, finally. I was amazed that the rose quartz stay on.

It puts a smile on my face seeing the children touching and playing around it. 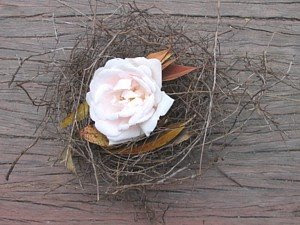 Nest found by Katie - she placed the rose in the nest. 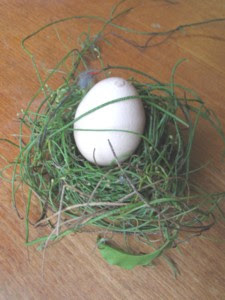 Nest made by Katie aged 8 - the egg courtesy of a school chook.

It never ceases to amaze me, the spontanious creativity of children. 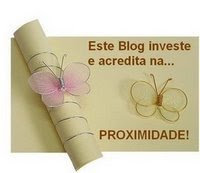 “This blog invests and believes in ‘proximity’
[meaning that blogging makes us 'close' - being close through proxy].”
My blog started off as a knitting blog but it seems to have naturally evolved into other aspects of the creative side of my life. I embarked on this journey to improve my rusty knitting skills and rectify my lack of computer skills. I'm now addicted, much to my partner's horror (he thought it was a passing hobby LOL). I have met so many interesting people/mums. As a stay at home mum that didn't drive and having just moved to a new area, it has been a great social outlet and another way of seeing the world through other peoples lives. I have met a few other bloggers in person as well. It's been great fun.

Lynne at Too Hot to Knit

Jackie at Life in the Dome

Kukka-75 at Soft Side of Life


Here is the latest needle felt creation - the Rainbow Maiden 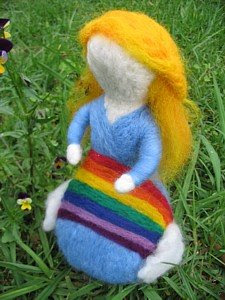 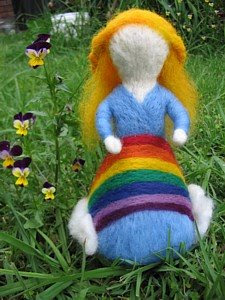 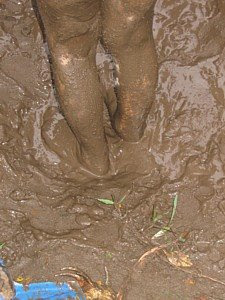 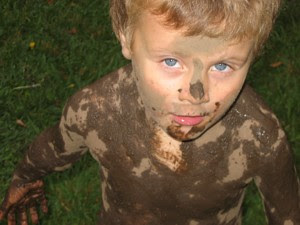 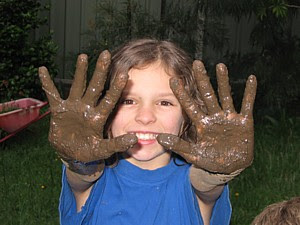 Down to the hollow 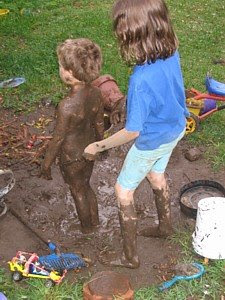 And there we will wallow in glorious mud.