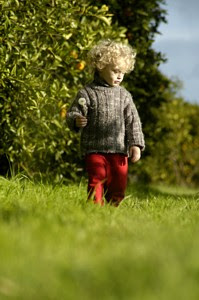 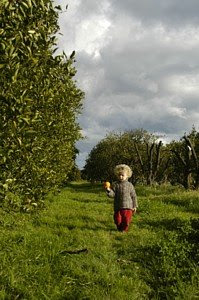 We have all been sick here with colds. So, I've been away from the computer for a few weeks. 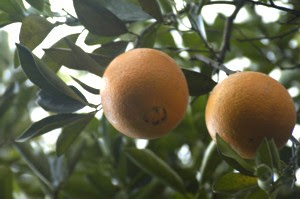 Anyway, we took ourselves down the mountain for a drive to Penrith Valley Oranges. We picked ourselves some fresh juicy oranges. It seemed like a nice day. As soon as we pulled up it started to rain - only for about 10 minutes or so, luckily. We picked about 6kg - it felt heavier on the walk back to the weighing shed. The oranges were $2 per kg. 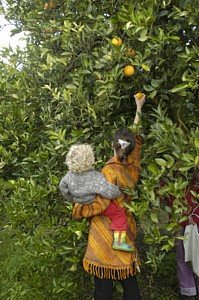 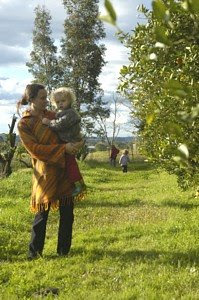 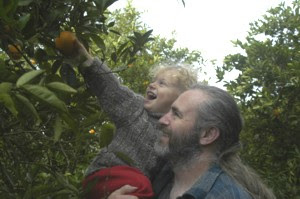 I was surprised to see how big the orange trees grew to. I didn't realise they grew so tall. A lot of the orange were out of our reach.
It was dry enough to get the camera out for some cute shots of Katie and her brother picking oranges. The kids where fascinated to see the different size oranges on the same tree - it was nice for them to see that things in nature aren't all the same like you get in the supermarket. ;) 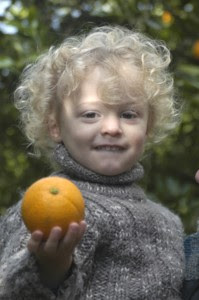 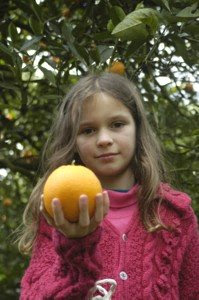 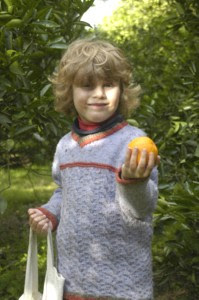 We sat in the sunshine under one of the orange trees and peeled and gobbled down an orange. It was so delicious fresh from the tree. 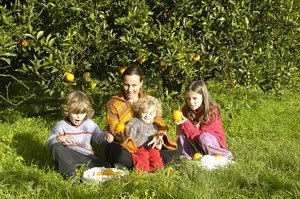 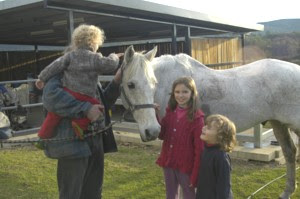 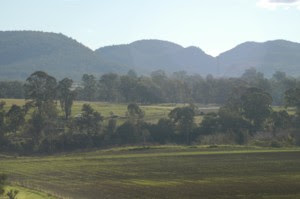 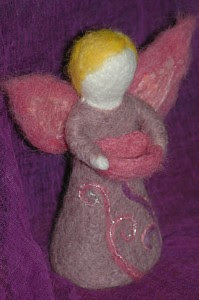 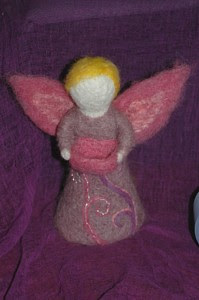 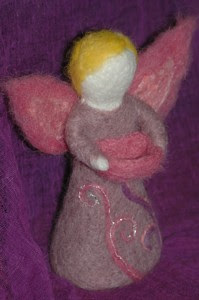 This is my first attempt to make a tooth fairy. It could be a birthday fairy - just put a crystal of the child birth month in the fairy basket.

I put silver thread on the body and pink silk on her wings.
Posted by Anne at 8:00 PM 15 comments: 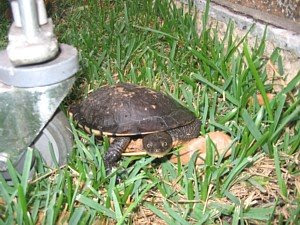 As usual, I'm running late and trying to get out of the door so we don't miss story time at the library. I had little Lou in the car and I was getting my bag, ready to lock up the house when my 5 year old son says,
"Mum, there's a turtle!"

"There's a turtle!" says my son in a louder voice.
"Yes, dear!" I replied, thinking it was one of his toys that he dropped from the car. "Well, just chuck it in the door, we have got to get going."
(Little pause....)
"MUM ! There's a turtle on the ground!"
Yep. He was right. There was a turtle 2 metres from the front door. Not every day you find a turtle at your front door. 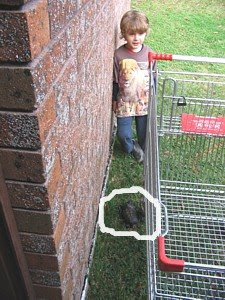 The trolley was from shopping the night before - I walked home rather than drive. The shops are walking distance from my home. I usually don't have shopping trolleys outside my front door. :).
I couldn't leave the turtle there - it might wander onto the road and get squished. So, a couple of hours in the bathtub wasn't going to hurt it. I'll take it to the local lake and release it when we get back.
When we got back, closer inspection of our new house guest revealed that it was quite clean for a wild turtle (and it didn't stink that much either). In the past where I grew up, I would occasionally find a turtle along the road. I would pick it up and return it to the local swamp not far from where I lived. These turtles were usually covered with algae and really stunk. 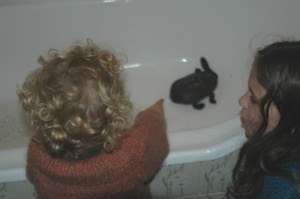 Also, our new little friend didn't seem that camera shy either. It walked up and down the bathtub while Little Loopity Lou shrieked with excitement and Katie giggled.
Now, I'm sure wild turtles (well the ones I have come across) have been a lot shyer - so I had a feeling it was a pet. Katie and I went and did a door knock to see if it was any one's pet. No one had a pet turtle but one of my neighbours happened to be a retired Animal Behavior Biologist from Taronga Zoo. He said it looked too clean to be a wild turtle and it was about 3 years old - it wasn't fully grown. He took the turtle off my hands and was going to keep it for a week to see if there were any notices in the paper, and then take a trip down to the zoo. It is either going to be rehabilitated or it will have a new life at the zoo. :) 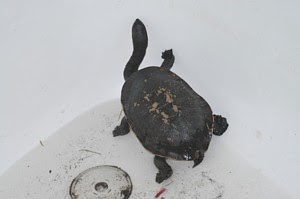 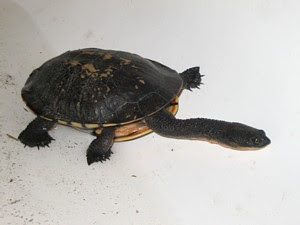